A serious accident can lead to severe and life-changing injuries. In addition to physical and emotional challenges, an injury accident can result in significant financial expenses for medical bills, lost wages, and other economic damages. If you or a loved one has been injured in an accident caused by someone else’s wrongful conduct, you should not have to handle the consequences alone.

Attorney Christopher Lee provide compassionate and effective legal representation for those who have a personal injury claim against liable parties. Whether your injuries were the result of a car accident, slip and fall, defective product, or any other type of accident caused by someone else, an Anaheim attorney can help you navigate the legal process and pursue the compensation that you deserve.

Recovering Compensation From an Insurance Company

Going through the personal injury claim process can be challenging, especially when you are also coping with and recovering from your accident injuries. Insurance companies are often involved in injury claims, and they work to keep their claims low, even if it means denying or reducing the amount of compensation that you deserve.

However, an experienced legal advocate can make the process less burdensome for you and your family. Our attorneys understand the various tactics and approaches that insurance representatives take in dealing with injury claims. We face insurance companies head-on and aggressively pursue maximum compensation for our clients.

When you are represented by an attorney, you do not have to worry about persistent phone calls from insurance adjusters. We take over all communication with defendants and insurance companies. We also handle settlement negotiations with insurance adjusters so that you can focus on healing after your accident. 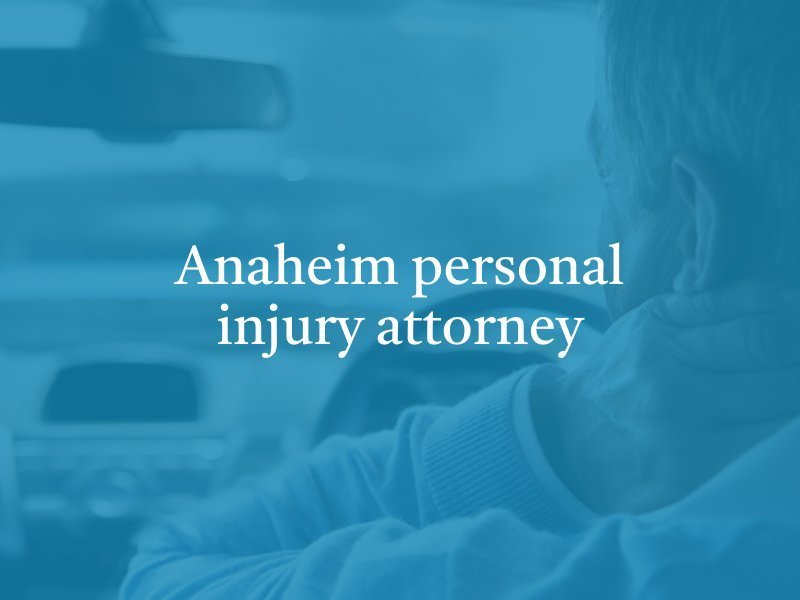 Recovering Compensation From an Insurance Company

Going through the personal injury claim process can be challenging, especially when you are also coping with and recovering from your accident injuries. Insurance companies are often involved in injury claims, and they work to keep their claims low, even if it means denying or reducing the amount of compensation that you deserve. However, an experienced legal advocate can make the process less burdensome for you and your family. Our attorneys understand the various tactics and approaches that insurance representatives take in dealing with injury claims. We face insurance companies head-on and aggressively pursue maximum compensation for our clients. When you are represented by an attorney, you do not have to worry about persistent phone calls from insurance adjusters. We take over all communication with defendants and insurance companies. We also handle settlement negotiations with insurance adjusters so that you can focus on healing after your accident.

We do not collect any upfront attorneys’ fees. Our attorneys provide free consultations and case evaluations. We will meet with you to discuss the facts of your case and the injuries that you sustained. After we review your accident, we will ask some important questions. We will go over the strengths and weaknesses of your case to help evaluate your claim and determine the best legal path to pursue.

At Christopher Lee Law we have extensive experience helping clients who have sustained a wide range of injuries in Anaheim. This includes, but is not limited to, the following: In addition to these traumatic injuries and others, our attorneys also help clients deal with any emotional and psychological injuries they may sustain as a result of the negligence of others. For example, it is not uncommon for injury victims to suffer from feelings of anxiety, fear, stress, depression, and more for long periods after an injury occurs. This is particularly true for injuries that significantly alter a person’s day-to-day activities and quality of life. In fact, it is not uncommon for us to help clients who have sustained symptoms of post-traumatic stress disorder (PTSD).

We will not add to the financial burden that you may already be facing due to your injuries, medical expenses, lost wages, and other damages. Our attorneys take all cases on a contingency fee basis, which means that you will never pay out of pocket for attorneys’ fees. There are no up-front costs for meeting with attorneys, telephone conferences, case investigation, or document preparation.

When we take on new cases, our attorneys get to work right away. We will begin our investigation and witness interviews, gather medical records and other important documents, and communicate with insurance representatives at no initial cost to you. We do not collect attorneys’ fees until we have succeeded in helping you secure compensation through a settlement agreement or trial award.

Type of Compensation Available for an Anaheim Personal Injury Claim

There may be various types of compensation available to Anaheim personal injury victims. At Christopher Lee Law Firm we strive to recover total compensation on behalf of our clients, including economic damages and non-economic damages. This can involve the recovery of the following:

The total amount of compensation available in these situations will vary depending on the facts and circumstances surrounding each particular injury. In general, the more severe the injury, the more likely a significant settlement will be paid to the injury victim.

What if You Were Partially Responsible for the Injury?

The good news is that even those partially responsible for an injury will typically be able to recover compensation for their losses in Anaheim. California operates under what is called a “pure comparative negligence” system. This means that a person can recover compensation even if they are up to 99% at fault for the incident. However, the total amount of compensation awarded to a personal injury victim will be reduced based on their percentage of fault.

For example, suppose an impaired driver strikes a pedestrian crossing through a crosswalk, causing $100,000 worth of medical bills and other expenses. In most scenarios, the impaired driver would be responsible for covering all of this amount. However, what if the injured pedestrian was crossing the crosswalk against a red “Don’t Walk” sign? In other words, the pedestrian crossed precisely when they were not supposed to cross.

In this incident, it would not be out of line for a personal injury jury to assign some liability to the pedestrian. For the purposes of this example, let us suppose that 40% of the blame falls to the injured pedestrian, even though the other driver was impaired. Instead of receiving the full $100,000 in compensation, the pedestrian would receive $60,000 to account for their percentage of the fault.

Statute of Limitations for Filing Your Claim

The statute of limitations for California personal injury cases provides critical deadlines that you must comply with to preserve your right to collect compensation from the responsible parties. If you fail to file your claim within the specified timeframe, you may lose your right to pursue your injury claim. With some exceptions, California injury claimants generally have two years or less to file their personal injury claims.

Certain facts and circumstances can impact filing requirements and deadlines, however. For example, the deadline in your case may depend on the date that the injuries were discovered, the date of death in a fatal injury case, and whether or not your claim is against a government entity. To preserve your right to file a claim, you should contact an attorney as soon as possible to discuss the applicable statute of limitations and filing requirements.

Will Your Anaheim Personal Injury Claim go to Court?

The vast majority of personal injury claims in Anaheim are resolved through settlements with insurance carriers. When a claim is resolved through an insurance settlement, this typically means that those involved will not have to go to court. In fact, most insurance claims come through before a civil action is even filed in court. However, if the insurance carriers refuse to offer a fair settlement or if they deny a claim, it may be necessary for a personal injury victim and their attorney to file a civil lawsuit in court in an effort to recover compensation. Even then, it is still likely that the case will be resolved before any of the individuals involved have to go to an actual courtroom. After the lawsuit is filed, it enters the discovery phase of the process, where attorneys for both sides will exchange information. They will also continue negotiations in an effort to resolve the case before a trial becomes necessary. Very rarely, personal injury claims go all the way to trial. When a trial becomes necessary, the case will be heard in front of the jury, and the jury will be responsible for determining whether or not the defendant caused the plaintiff’s injuries. The jury will also determine how much compensation to award an injury victim in the event they rule in favor of the plaintiff.

Steps to Take After Sustaining a Personal Injury

There are various steps that individuals can take after they have sustained an injury that could go a long way towards helping them recover the compensation they are entitled to. The steps that we will discuss here should take place both immediately after the injury occurs as well as in the days and weeks that follow the incident.

Personal injury attorneys at Christopher Lee Law Firm represent clients who have sustained injuries due to someone else’s wrongful conduct in the Anaheim area and throughout southern California. Contact our office at (866) 222-1255 to schedule a free consultation. We have spent decades fighting for our injured clients, and we want to help you and your family get the justice and compensation that you deserve.